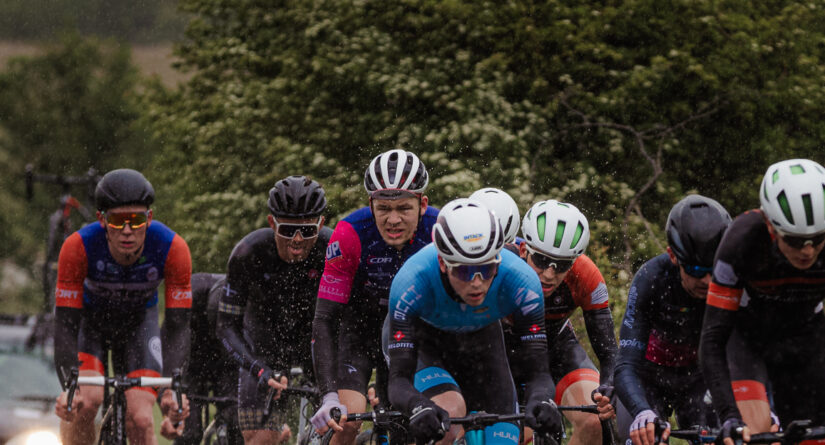 Chitterne Report. The 1st Road Race (2nd Nat B) of the season following the earlier Race for Big Dogs in the North of England. The weather forecast far more horrendous than the Northern Counterpart, with 60 km/h gusts predicted and for it to rain cats and dogs throughout the race. Perfect for a classic style race on the Salisbury plains.

Lining up in the parking lot waiting for the long 8km roll out on the back straight, I was just focussed on keeping my tyres out of the debris and grit littered across the surface of the village hall. I lined up early enough to find myself right where everyone wants to before the neutral section, on the back of the bumper of the lead car. As we rolled out, it was straight up the hill and actually quite a strong pace considering it was immediately after setting off. It was also quite welcomed as I could bring the Heart rate up to keep the body temperature in the right window to be on it when the flag dropped. Emotions varied amongst the peloton throughout the neutral section as the body temperatures dropped on the long false downhill to the turn onto the next straight. The goal was just to keep the legs turning and blood flowing, as if you were cold before the race had even begun, you were not in a good place to open the legs up with a strong crosswind section just over the crest of the next hill. 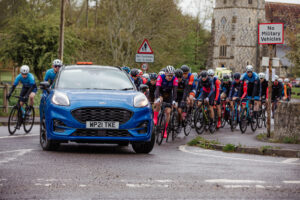 The Flagged dropped and it was a sprint up the first hill, with Canyon lining it out on the double white line, which, if anyone crossed would be instantly disqualified due to the danger posed by oncoming vehicle traffic at near national speed limit (60 mph). I was well placed always in the top 10 enjoying the windy conditions, and fairly easily moving up round the outside of riders, slotting in behind riders like Yanto Barker. Up to the finish the bunch filled the road in the headwind, to be expected because it was a proper slog. This would be the only time the bunch came over the line in the full cohort of 60 riders as the next 3-minute berg and crosswind would surely put the pressure on peloton, as riders struggled to hold it upright in the strong, blustery and high-speed crosswind section. 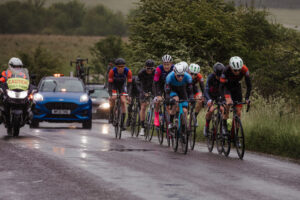 The pace up the 1st time up the major hill of the day, was leisurely to say the least, as everyone showed nerves for the echelons, or lack of, that would occur metres over the crest. I found myself a little far down the pack, as riders drilled it on the front. I came on the windy side naturally being the only place one could actually move up. The watts were there along with

the required CdA, Bigham would be happy. I found myself in a good position again for the following berg into the second crosswind of the day. From this sector of the course the peloton truly started splitting into what would become the days breakaways. Two groups of four found themselves off the front and pushing the pace. Unfortunately, I had missed the initial move of these, so I was forced to do something to try and get across. So, on the fast downhill into Tilshead I drilled it in the saddle and drifted off the front of an already tired peloton. I had two passengers who were on the rivet trying to hold my wheel, it was only natural then that they got the KOM for that segment.

I managed to get to the breakaway, however it was difficult, as the group didn’t want me to get there as I saw the Saint Piran riders looking around and lining it out to make it especially hard to get on terms with the front of the race before the next set of grippy lumps to the line. Thankfully, and I like to think rather planned, I got on terms without expending too much energy that I would be spat out of the break as soon as I got onto the group of climbs… The group of just over 10 riders was whittled down over the course of the 3rd lap (this neutral section is really throwing me off), until the final 9 riders was decided. 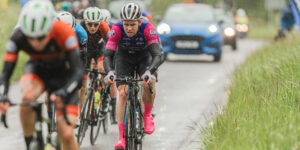 It was a miracle we actually got away really. We had zero cohesion and each lap the wind and rain sapped more out of the legs of the riders enough to not be able to pull a turn but enough to still stay attached onto the group. Two riders just kept destroying any cohesion just as it began to get a proper rolling chain gang going. But we stayed away, and we thought we had a big gap until we finally got a time gap from the moto saying 54 seconds to the group behind. Enough time I thought, but everyone else got nervous.

The final time down the fast descent into Chitterne was very sketchy as the wind was catching my front wheel. So much so I had to stick a leg out cyclocross style. I managed to remain up right and get back onto the group through the next sequence of corners, which were then followed by a series of potholes on one of the most horrific pieces of roads I’ve ever seen in my life. It certainly should not be in the race, thankfully the race was always strung out down there. But by the end of the race it was impossible to see where each hole was, and I just resorted to hoping and praying for my wheels and tyres to be kept clean and full of air.

The final time up the 3-minute climb saw the 3 best climbers in our group gap us other 5 riders. But not enough to destroy all hopes of the win, as we tried to get back on terms drilling it in the savage crosswinds at this point in the race. I was doing the majority of the pulling alongside a No-Pinz rider, whilst 2 sat on and one pulled shorter turns. Unfortunately, as we reached Shrewton, the elephant in the group was that the win was gone and we were settling for 4th. Cue the cat and mouse all the way to the finish, so much stalling occurred we nearly got caught by the remnants of the chasing peloton led by Canyon. I knew they would be gassed by the effort to try and get back on terms so was solely focussed on the group. Into the final 500 metres, Josh Giddings attacked and put me under pressure to chase, getting back on terms and driving straight past him hoping I had distanced the rest of the group. I had not… The Saint Piran rider in the breakaway rolled past me to take the 4th place on the road, which left me in 5th place. But when you’ve done nearly big watts for 2 hrs there is only so much the legs can actually do after a race like that. 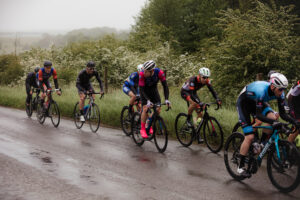 I really enjoyed the course, (not the potholes) but the climbs were good fun and defined the race. I love racing on those sorts of bergy, punchy climbs. I was happy to be one of only two riders in the breakaway of nine to not have a teammate in the whole race. And I finished 2nd u23 with three of the four in front all being 23 or older. Lots to take away from in the first road race of 2021.

Thanks for reading, hopefully that gave you an insight into the goings on in a chaotic, grippy and grimy race in the South of England

This is a taste of what you’ll get from me and my race reports in 2022. I aim to do them after most weekends to give you an insight into racing and the differences between the styles European and British racing provides.

Read my other Race Reports Here

To Mum, Love you for being so amazing at the job